Curtis L. Bowe, III serves as Of Counsel in the Firm’s Chattanooga, Tennessee office with over 20 years trial experience. He is a member of the commercial litigation, employment, trial insurance and defense coverage practice groups. Curtis’ expansive litigation practice focuses on all aspects of business litigation, including claims involving breach of contract, business torts, general liability, and vendor disputes.

Curtis has litigated a diverse array of cases in Federal and State courts, governmental agencies and arbitration tribunals for both publicly and privately held companies, of all sizes and has extensive experience negotiating complex settlements. As a former judge in a trial court of first impression, he brings both a pragmatic counselors viewpoint as well as an advocate’s skill set to the resolution of conflict. Curtis is well equipped to diffuse any situation by aiding clients in suppressing litigious sympathies balanced against the negotiations, which enables him to support a results driven process suiting not only his clients’ budget, but also goals.

In addition to graduating from Tennessee Bar Association’s Leadership Law, Curtis was recognized by instructors and his peers as the first recipient of the Larry Wilkes Award in recognition of his leadership abilities, experience, and qualities. 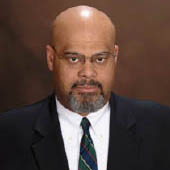