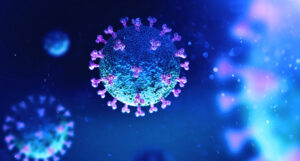 In our continuing review of legal issues relating to COVID-19, we expand a little further on “force majeure” provisions in New Jersey commercial contracts.

As a reminder, a “force majeure” clause (French for “superior force”) is a common clause in commercial contracts that essentially frees both parties from liability or obligation when an extraordinary event or circumstance beyond the control of the parties prevents one or both parties from performing and fulfilling their obligations under the contracts.  Examples of force majeure trigger events include war, strike, riot, crime, plague, or an event described by the legal term “act of God”. In practice, most force majeure clauses do not excuse a party’s non-performance entirely, but only suspend it for the duration of the force majeure event.

New Jersey does not stray too far from generally accepted definitions of force majeure. Under New Jersey court interpretation, “force majeure” applies to an event or effect that can be neither anticipated nor controlled, including acts of nature and humans.1

The clause provides a means by which the parties may anticipate in advance certain conditions that will make performance of a contract impracticable.2 Such a clause conditions a party’s performance obligations upon the non-occurrence of some event beyond its control and serious enough to interfere materially with performance.3

In the absence of a force majeure clause in New Jersey, parties to a contract are left to the mercy of the narrow common law contract doctrines of “impracticability,” “frustration of purpose” and “impossibility of performance.”

New Jersey Courts construe broad exculpatory language using the rule of ejusdem generis.6 Under this principle, the court will not construe such catchalls to its widest extent; rather, the court will narrowly interpret the language contemplating only events or things of the same general nature or class as those specifically listed in the provision.7

Therefore, if you are going to rely on a force majeure provision to excuse your non-performance of a contract, make sure to carefully review the defined events that would trigger the provision.

What Type of Performance Is Excused?

It should also be noted that in New Jersey, parties harmed under a contract due to force majeure events are under a legal duty to mitigate their damages.9

Did the Coronavirus Cause the Nonperformance of the New Jersey Commercial Contract?

What If a New Jersey Commercial Contract Does Not Have an Applicable Force Majeure Provision?

What Are My Next Steps?

Since companies currently party to contracts interpreted under New Jersey law are likely to see an increase in the number of force majeure notices and may want to send notices themselves, companies should consider following the next steps: